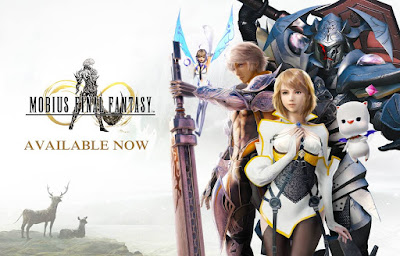 There's many Etymology, Trivia, & Allusions in Mobius Final Fantasy. I try to collect information from many sources & make a conclusion here. I'll update it as soon as i got anything new, & make an update log.

I plan to include corresponded image, but i doubt it'll increase loading time to open this article. So, i need any opinions about it, should i attach the image or not? ^_^

Brotherhood, is Wol's weapon as reward from pre-registration, also can be obtained from "Ace Striker" Job. Brotherhood is Tidus's signature sword in FF10.

Buster Sword, is one of Wol's weapon. It can be obtained from "Soldier 1st Class" Job & "Ultimate Hero: Cloud Strife" Job. Buster Sword is Cloud's signature sword in FF7.

Garland, is main antagonist in FF1.

Masamune, is Sephiroth's weapon in his various appearances in the Final Fantasy series and the Compilation of Final Fantasy VII. Masamune is named after the legendary Japanese blacksmith, Masamune Okazaki. According to legend, Masamune's weapons possess marks of an internally peaceful and calm warrior, while those of his rival, Muramasa, possess the traits of a restless and destructive. Masamune is one of Wol's weapon as reward from FF7 Collaboration, Eclipse Contact Event. Also can be obtained from "Hero of Despair" Job & "Ultimate Hero: Sephiroth" Job.

Organics, also known as Ogrenix, The Ogre, Ogre Nix or Organyx, is a recurring weapon in the series. It is often a mid-ranked weapon with mediocre power, and usually boosts some type of special ability. Organics is one of Wol's weapon. Player can purchase it on Ring of Braves (Multiplayer) Shop using Sephiroth's Feathers (drop from Sephiroth in multiplayer quest) during 30th Final Fantasy & 20th Final Fantasy Anniversary Event. The model based on Cloud's Sword in FF7.

Palamecia is a name of Empire in FF2, ruled by the dictatorial Emperor Mateus

Red Dragon is reuses the model for Zaltys, an enemy in Lightning Returns: FF13.

Sarah Cornelia, a reference to Sarah and her hometown, Cornelia in FF1. Both characters are also princesses. Sarah name based on Sera, is Latin for "heavenly" or "winged angel", and also a variant of the name Sarah, (שָׂרָה in Hebrew) the Hebrew name for "princess", or a woman of high rank. Cornelia is a feminine form of the name Cornelius, which is possibly derived from the Latin word cornu which means "horn". Princess Sarah is a recurring name used by several princesses in the Final Fantasy series: FF1 (Sarah), FF3 (Sara Altney), FF9 (Garnet real name is Sarah before adopted by Queen Brahne), FF Dimension (Sarah), Mobius FF (Sarah Cornelia). Sarah Cornelia bears physical resemblance to Princess Ashelia B'nargin Dalmasca, otherwise known as Ashe and by the alias Amalia, is a playable character in FF12 and FF12: Revenant Wings.

Shoopuf Farm, is name of stage in The Last Stand. Shoopuf are a species of large elephantine animals in FF10 and FF10-2.

Warrior of Light, also called Light Warriors, Warriors of the Light, Knights of Light, or Heroes of Light, is a recurring term in the Final Fantasy series. Four heroes are chosen by the crystals—be it by a prophecy, a will, or by fate—to embark on the dangerous journey to fight evil or restore balance to the world

Wol, is main protagonist in Mobius Final Fantasy.  Wol is an acronym derived from the first letter of each word of the term "Warrior of Light". Wol bears physical resemblance to Hope Estheim's FF13-2 appearance

Wol's Jobs are recurring jobs from the Final Fantasy series

Please correct me if i type any mistakes. Thanks for Reading ^_^