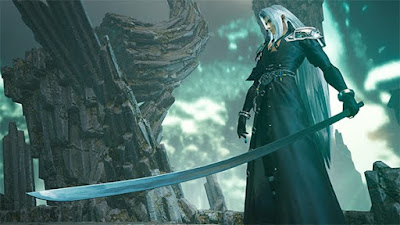 There's big event to celebrate over 10 million registered users & Final Fantasy VII 20th Anniversary. At the beginning, login bonus added from 1/25 (Wednesday) to 2/1 (Wednesday), and users can get up to 2,800 magicites. 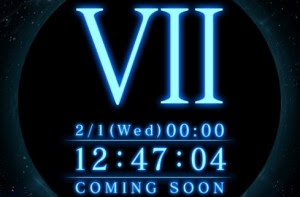 Countdown Campaign that made many users expecting so many probabilities. After countdown reach 1, Square-Enix revealed that there's big collaboration featuring Sephiroth, main villain who have important role in Final Fantasy VII. 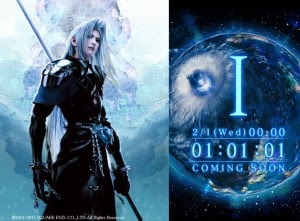 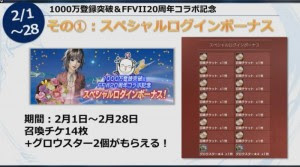 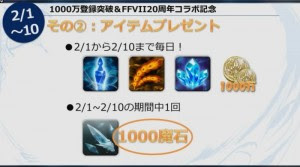 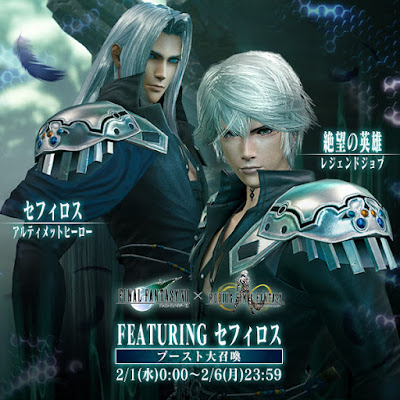 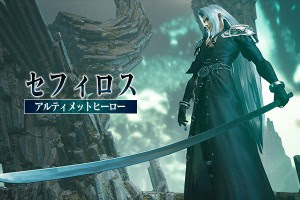 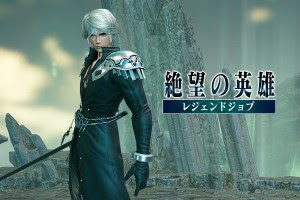 Sephiroth will appear in Multiplayer. Available in 3, 4, & 5 star difficulty. 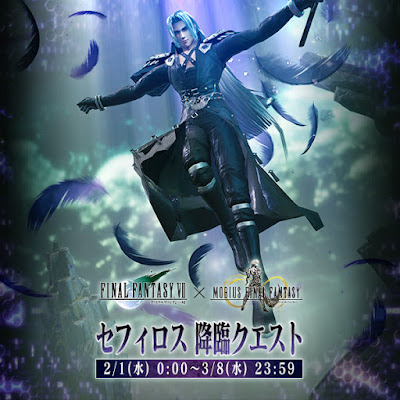 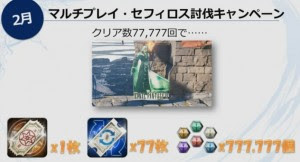 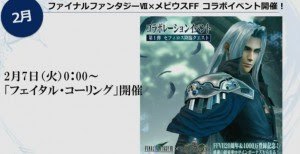 Detail about this Dungeon will be explained on the next post